Working with you to build a better business

The quality management system that Tom Gaskell‡ put in with Cambridge Broadband Networks passed its ISO 9001 audit on the first attempt, in seven months from a standing start.

Cambridge Broadband Networks, a manufacturer of high performance microwave communications systems, needed to implement a quality management system. The system had to conform to ISO 9001 and meet the demands of major customers.

The company wanted to avoid a costly, heavyweight and bureaucratic system.  It wanted a system that would make a positive contribution to everyday work.

Working closely with the company’s staff, and their in-house Quality Coordinator, Tom Gaskell designed and implemented a simple framework based on the type of light, efficient Intranet-based system that had been used in a number of other companies.

He developed sample processes to demonstrate the approach and then worked with their Quality Coordinator and staff in all parts of the company to populate the framework with remaining processes.

Where there was no common process, but ISO 9001 required one, he helped the staff to put one in place.

As the work continued he liaised closely with the staff and their external ISO 9001 auditor to ensure that the structure, processes and approach conformed to the requirements of ISO 9001:2000.

The end result was a particularly simple, graphical, Intranet-based Quality Management System that was based mostly on flowcharts with very few traditional procedures and formal documents. It passed its ISO 9001 audit on the first attempt, in seven months from a standing start.

The system has served the company well for several years and has also passed independent quality audits by major customers. 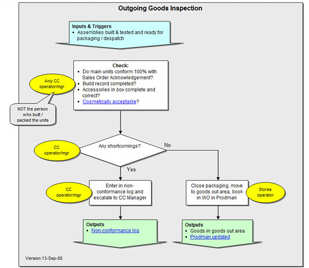 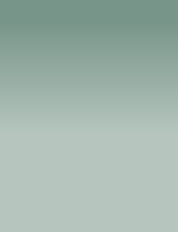 “Tom Gaskell took a no-nonsense approach to business quality. We needed to put ISO 9001 in place quickly, not only for our major customers but also as a tool to improve the efficiency of the business. The system he put in with us, and the way he approached it, was simple, effective and gained us very rapid registration to the ISO standard.”